Raised in Hickory Corners, Michigan, Grace Gallagher started her training with jazz, ballet, tap, and contemporary movement forms. Upon graduation of high school, Grace went on to attend Arizona State University, where she trained in modern and urban dance technique. After earning her BFA, Grace went on to live in New York City where she spent her time interning and training at Broadway Dance Center. Shortly after, Grace decided to try out the commercial scene in Los Angeles. She was accepted into the Edge Performing Arts Center's rigorous scholarship program. Upon completion of the program, Grace was hired by Edge to help kickoff their kids program. Recognizing her passion for teaching and choreography, Grace made the decision to leave the commercial dance industry to pursue a career in dance education. Grace went on to earn her MFA in Dance along with her K-12 teaching certification from Arizona State University.

Grace premiered her first evening length work, CONSequence, in May 2014 and her second evening length work, 40 Love Letters, in April 2015, both at the MonOrchid Gallery in Phoenix, AZ. In November 2015, Grace debuted her third work, JUXTAposition at the Margaret Gisolo Theatre in Tempe, AZ. Her latest work, RElate, premiered on November 18, 2016 at the MonOrchid, North Gallery. In addition to producing her own evening length shows, her work has also been recently shown at Nasty Woman|Phoenix Unite, Artel PHX, Phoenix Center for the Art's Beta Dance Festival, and Breaking Ground Dance Festival. Grace has earned over a dozen choreography awards, and has been recognized as one of Phoenix's "emerging artists" by JAVA Magazine. She recently returned from touring Germany with America's Got Talent runner up, The Silhouettes (10/17-03/18).

Grace now lives in Fort Collins, CO with her husband and two dogs, where she teaches at Colorado State University and at a variety of local studios. Grace also continues to travel back to Arizona once a month as well as all over the country setting work and sharing her love for dance. 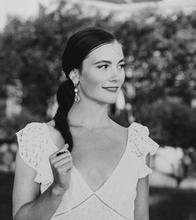 gracegallagherdance was founded in 2014 with three goals in mind; increase accessibility to performance art, create professional performance opportunities for Arizona based artists, and demonstrate the unifying impacts of the arts.